My CalcuMate is an app which allows carpenters to work out how many screws are needed for a big project, such as a loft conversion.

My CalcuMate calculates the number of Carpenters Mate Pro Hex self-drilling screws needed for a job while the Multiple Member Spacing tool, included within the app, determines the desired distance between each screw, to ensure they have a joint strength equivalent to using traditional bolts.

It also allows users to save and print calculations in order to show a local building authority.

Since the app, which can be used on a smartphone, PC or tablet was created in 2017, hundreds of people have registered to use it. 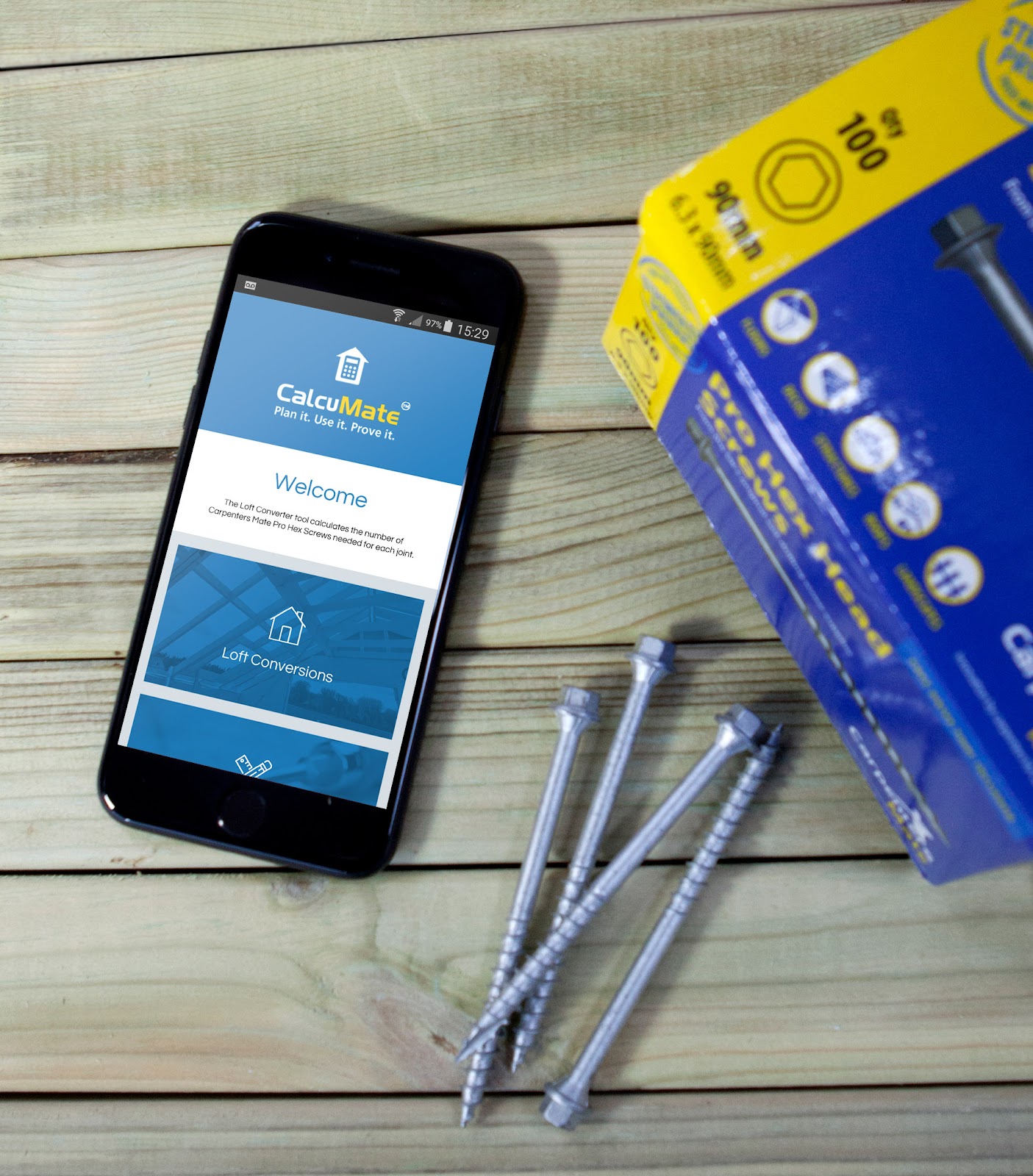 Glen Dunn, MD at OSC Sales who created the app, said: “We are thrilled to see that so many people are using our My CalcuMate tool. The main thing we notice within the industry is that tradespeople are busy juggling several jobs at once. So we wanted to make their lives easier by coming up with a solution to their problems and saving them time.

“Given the dimensions of the job, the app will work out the exact quantity and size of the screws needed for the task and present a certificate recognised as fit for purpose by building inspectors. It works in 2 ways – the Loft Converter tool calculates the number of Carpenters Mate Pro Hex Head screws needed for each joint and creates a certificate that can be used to give to Building Control and the Multiple Member Spacing Tool calculates the space required between each Carpenters Mate Pro Hex Head screws for multiple member connections.

“We certainly would encourage more tradesmen to use it in conjunction with our Pro Hex Head screws that are designed to be easier to use and more efficient thus reducing installation time and making building projects much quicker as they replace the traditional M10 coach bolts.”

Paul La Nauze has used the app and says it saved him huge amounts of time when working on an extension. He said: “The CalcuMate App enabled us to prove the structural integrity of the product that we used. It was passed onto the structural engineer and passed without question.

“CalcuMate is very easy to use. Just follow the instructions online, press the button and the calculations are displayed and can then be printed off or emailed.

“I would encourage more people to use it in conjunction with the fixing systems. It saves a great deal of time and money.”